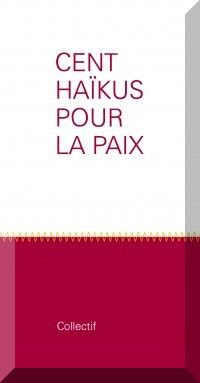 The editing board of the Journal of Romanian-Japanese cul-tual interferences HAIKU. is continuing to organize the annual competition for haiku poems in fixed form, during the first tri-mester of 2016.
The competition is open to all poets who will send on the adress of Mr. Valentin Nicoliţov, Str. Judeţului nr.13, Bloc 18, Ap.27, Sector 2, Cod poştal 023756, Bucureşti, România., or on the following e-mail address: valentin.nicolitov@yahoo.fr,
a number of 6 (six) haiku poems (5-7-5), up to 31 March 2016. Only original haiku poems will be accepted, which were not published in newspapers or journals, author volumes or in any other forms up to the date of the competition. Hand-written text will not be accepted, the texts need to be at list typed, with correct diacritical symbols and signed. The texts of the foreign authors have to be writen in English ou French as well as in the original. We prefer to send the texts by e-mail, New Times Roman 12.
A jury nominated by the editing board of the HAIKU Journal will analyse the received poems, will grant qualifications and will decide for the awarded poems.
The results of the competition will be published in the HAIKU Journal nr. 55 semester I - 2016, and the prizes and diplomas will be sent to the winners by mail.
(The Editing Board). 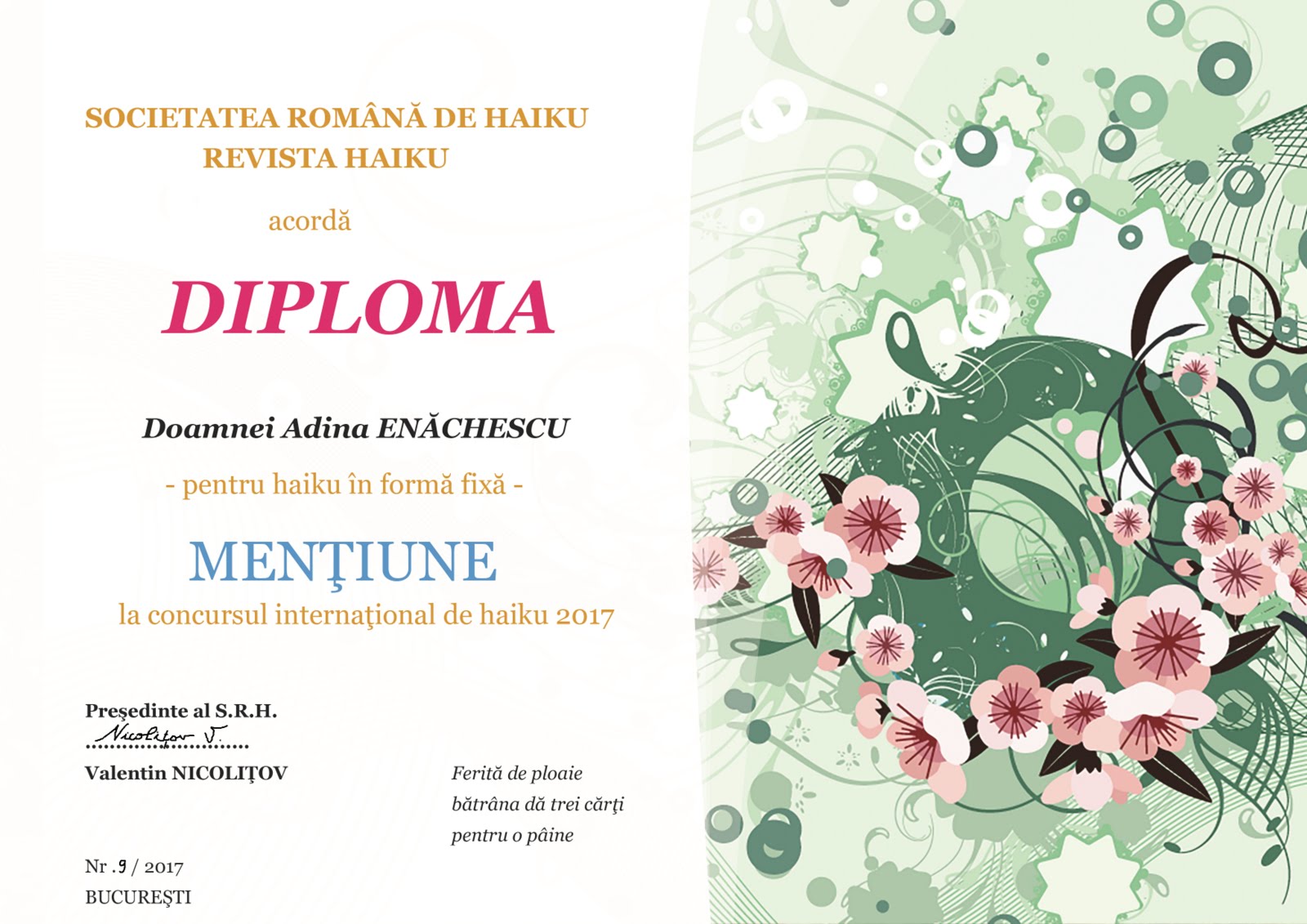 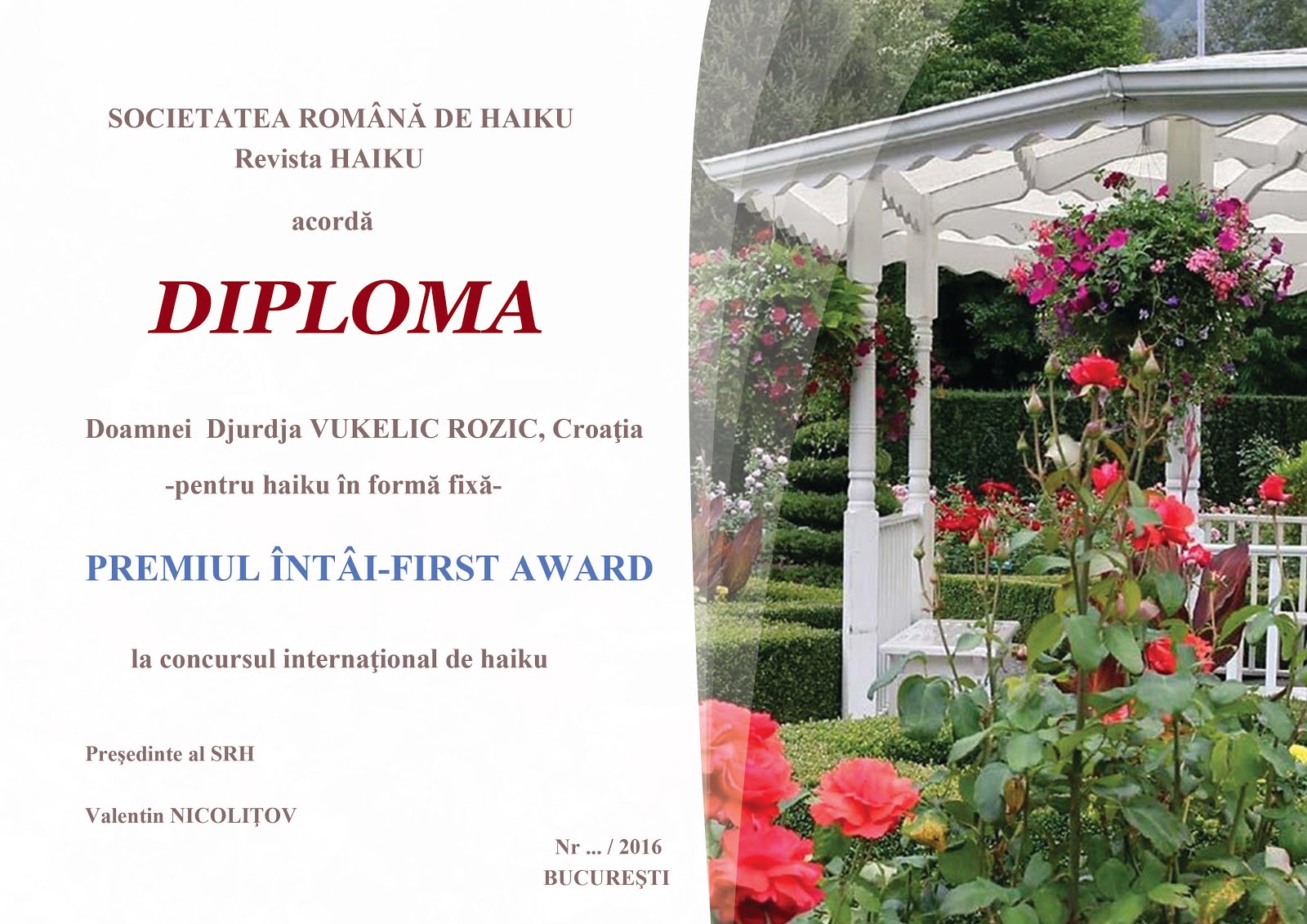 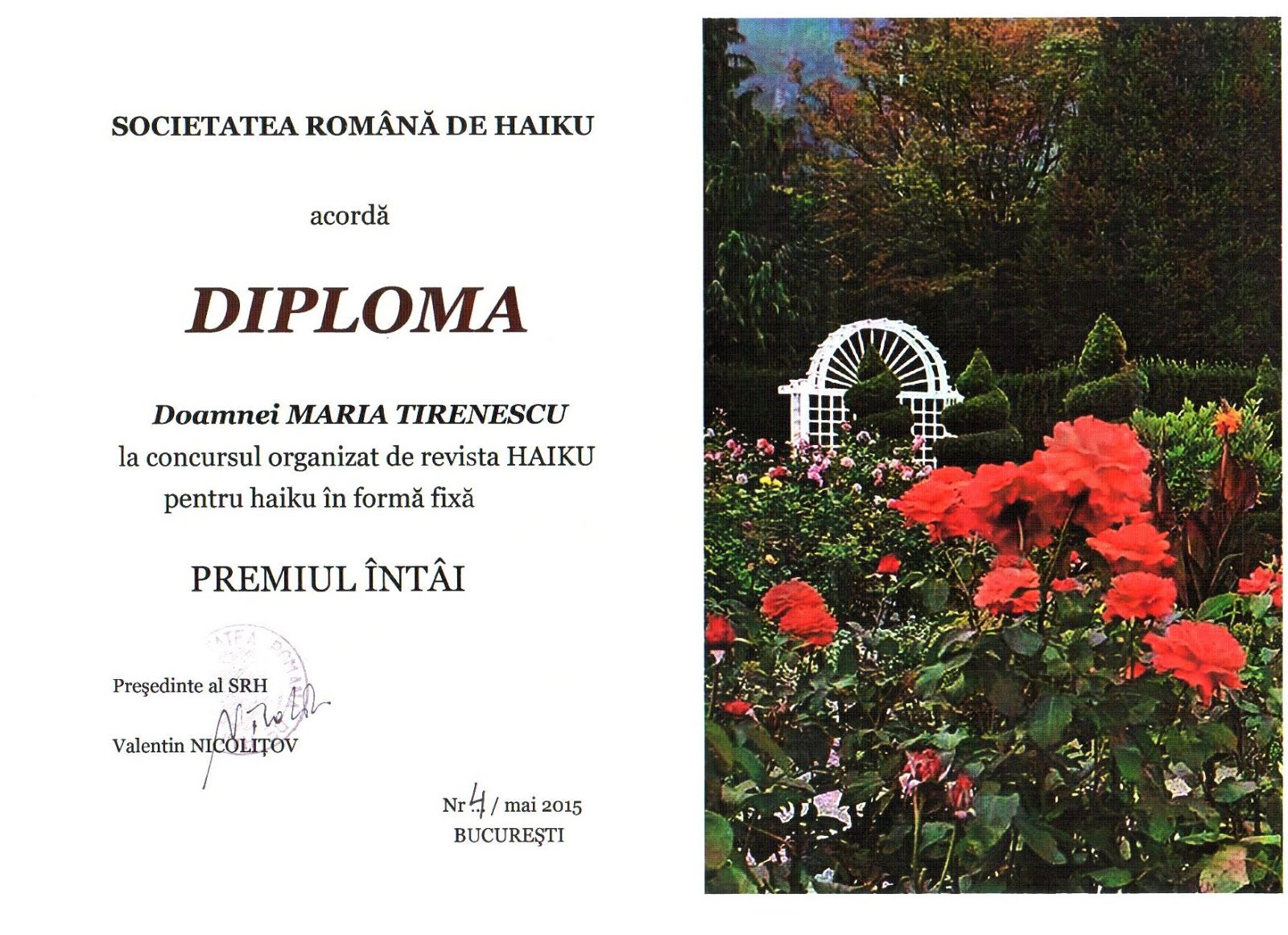 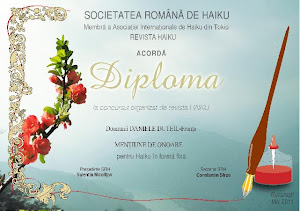 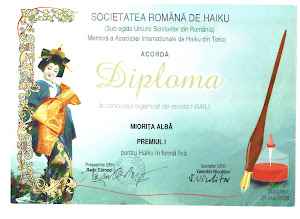 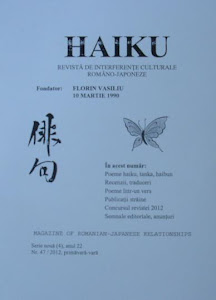